What Does the Church Teach About the Occult? 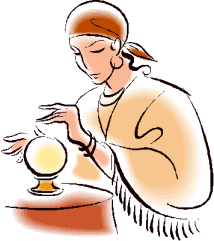 Question: Is it morally acceptable for Christians to involve themselves in various forms of fortune telling and divination, including superstition and reading horoscopes?

Answer: No. The Church teaches that all such activities are sinful. Of course, the sinfulness varies depending on the type and intensity of the activity practiced, but all are contrary to the faith. The Scriptures clearly condemn such activity. The Book of Deuteronomy states: “Let there not be found among you anyone who immolates his son or daughter in the fire, nor a fortune-teller, soothsayer, charmer, diviner or caster of spells, nor one who consults ghosts and spirits or seeks oracles from the dead. Anyone who does such things is an abomination to the Lord” (Dt.18:10-11). The penalty for such activity was rather severe: “A man or a woman who acts as a medium or fortune-teller shall be put to death by stoning; they have no one but themselves to blame for their death” (Lv.20:27). St. Paul reaffirms this prohibition: “…the works of the flesh are obvious: immorality, impurity, licentiousness…idolatry, sorcery…. I warn you, as I warned you before, that those who do such things will not inherit the kingdom of God” (Gal.5:19-21). Finally, the 1994 Catechism of the Catholic Church repeats the prohibition on all forms of divination and occult practices: “All forms of divination are to be rejected: recourse to Satan or demons, conjuring up the dead or other practices falsely supposed to “unveil” the future. Consulting horoscopes, astrology, palm reading, interpretations of omens and lots, the phenomena of clairvoyance, and recourse to mediums all conceal a desire for power over time, history, and, in the last analysis, other human beings, as well as a wish to conciliate hidden powers. They contradict the honor, respect, and loving fear that we owe to God alone” (Catechism, 2116).

Why is this so?: Following horoscope, etc. is putting our faith and the authority over our lives in the hands of someone or something other than God. In general, people who are content in their life and at peace in the sight of God do not tend to delve into the occult. People looking for answers to difficult questions, for an end to some pain or suffering, or who are hopelessly curious tend to turn to such activities. Even if they don’t intend it at first, once they start to ascribe any power whatsoever to such activities, they begin to question the power of God. They start to find hope in some power outside of God, and if these sources can provide immediate answers to their questions, then why bother going to God at all, since God’s way is so difficult and takes so much more effort to discern? Fortune telling is seen as infinitely easier. As a result, their life begins to be governed, not by prayer and following the Gospel, but by tarot cards and psychics. In the end, they become involved in blatant idolatry, sometimes even worshipping false gods (such as in Wicca), and always ascribing the sovereignty over their lives to another power, a sovereignty which is supposed to be given to God alone.

Objection: But I don’t really mean anything by it. I read my horoscope and call psychic hotlines just for fun. Is it a sin even if I realize it’s not real?

Answer: Yes, it is. Even flirting with such things can be dangerous. Suppose one morning you read your horoscope and it says you will come into a lot of money that day, and just by coincidence you go to work and get a raise, or find $10 on the sidewalk. You may be tempted to say to yourself, “Gee! My horoscope said this would happen! It was right!” The next day, you end up reading your horoscope with a little more credibility, and if you should find a second “prophecy” that comes true, you’ll start believing it. What’s more, when we start to be convinced of the legitimacy of horoscope, palm reading, psychics, etc., we can even make them come true. We start reading everything that happens as fulfilling the prediction. Getting a parking space in the first row at the mall starts becoming the “good fortune” we were told was coming our way, and then we’re hooked! Our lives are now being controlled not by our prayerful actions before God, but by horoscopes, ouija boards, and all types of devices outside our control. It can become addictive just like drugs, and as anyone recovering from a drug addiction will tell you, the best way to break an addiction is to never start!

Question: Are psychics, ouija boards, tarot cards, etc. real? In other words, do they really have these powers, or are they fakes?

Answer: Certainly many of them are frauds. But are all of them? Perhaps no one can truly answer this question definitively. If the power is in fact supernatural, if it comes from God, it is being used in a way God has not instructed, and if it is not from God, guess where it’s from! Some have suggested that psychic and clairvoyant powers are not supernatural at all, but merely the ability of some individuals to use part of their brains which most of us cannot. Whether or not this is true, and irrespective of whether their power is real, supernatural, or phony, the end is always the same: we place our trust in something God has forbidden, and that is never to our advantage. Consider this case: I was once at dinner at a friend’s house when her eighteen-year-old daughter came home white as a ghost! She had been over a friend’s house playing with a ouija board, and the board told her that in two weeks her father would be killed in a car crash. She was absolutely petrified, and lived in terror for the next two weeks. Fortunately, nothing ever happened to her father. But I asked her if this was what she considered fun? She assures me she hasn’t been near a ouija board since! Are there not more healthy ways to spend our time than frightening ourselves to death? Would that people put the same effort they put into fortune telling into prayer! They would then see real results!

Conclusion: The bottom line is this: Our fate is not determined by the position of the stars, the lines on our hands, or the patterns in tea leaves; It is determined by our response to the will of our Father in heaven. God has a loving plan for each of us designed to bring us salvation in His kingdom by trusting in Him and in Him alone. He created the world as a perfect place – Paradise – and commanded Adam and Eve simply to obey Him in all things; if they did, all would be fine. Adam and Eve, however, did not obey God, and instead tried to decide for themselves what was right and wrong; they trusted in Satan and gave power over their lives to someone other than God. This disobedience brought sin and death into the world. Jesus, by His total obedience to the Will of God – even to His death on the cross – and by His resurrection, reversed the effects of Original Sin. Our duty now is to follow Jesus’ example by learning of God’s will for us through prayerful adherence to the teachings of Christ as revealed through the Church and to give our lives in total and complete submission to the Will of God. When we do this, we will learn that, in order to know true peace in our lives, we don’t need a 900-number; all we need is prayer!

4 thoughts on “If I consult a medium, is it a small matter, or am I committing a large sin?”