If you’ve been following my blog and the articles on the Journal News regarding my May 19th post about transgenderism and the “bathroom wars” you will notice that the responses were all over the place.  Here’s my reaction to what people wrote.

First of all, I am disappointed that so many people resorted merely to name-calling rather than offering evidence to support their opposing view. I am especially amazed by the number of people who used hate-filled language to call me hate-filled. Sadly, it seems to have become a common reaction to call anyone who disagrees with you “hate-filled.” Whatever happened to respectfully disagreeing? I

will not respond specifically to any such accusations other than to tell the person to reread my article. There was nothing hate-filled in it and I made no derogatory comments about transgender individuals. I have a good friend who is currently addressing this issue with his daughter and I am well aware that the issue is painful and complex. I merely offered an alternative approach that I still support as being more compassionate in the long run, one which was stated by Pope Francis in his apostolic exhortation Amoris Laetitiae. I was also well aware that some people would find offense in my chicken analogy, and I prefaced my argument by stating I intended no insult to anyone. I like to argue by analogy. So if you were offended by the chicken analogy, let’s use a human one: suppose a 16-year-old feels he identifies more as a 21-year-old? Should he now be allowed to purchase alcohol? Or suppose a man in his forties feels more like a senior citizen? Will we allow him senior citizen discounts at stores and the right to collect Social Security? The point is simple: basing rights merely on people’s feelings does no good for anyone. Only addressing reality truly helps them.

One of the few writers who offered any concrete information was published in The Journal News on June 5th. (read letter here) Jeffrey Hoffman introduced into the discussion the topic of intersex genetic karyrotypes. His point was that gender identity is far more complex than what genitals one carries. I researched his assertion and found his summary erroneous. Allow me to quote an article on the website of the Intersex Society of North America (ISNA):

“ISNA is working to create a world free of shame, secrecy, and unwanted sexual surgeries for children born with anatomy that someone decided is not standard male or female. This is different from, for example, having a feeling that your identity is different from most women (or men). (Emphasis mine.) People with intersex conditions generally don’t have to search for evidence that they are intersexed; the evidence is in their own bodies. For instance, women who do not have ovaries, men who don’t have testes, women who have no clitoris or inner labia, people who remember multiple genital surgeries during childhood and scars in their genital area and abdomen, people who have ambiguous genitalia….

Many people confuse transgender and transsexual people with people with intersex conditions because they see two groups of people who would like to choose their own gender identity and sometimes those choices require hormonal treatments and/or surgery. These are similarities… {but} In spite of these similarities, these two groups should not be and cannot be thought of as one. The truth is that the vast majority of people with intersex conditions identify as male or female rather than transgender or transsexual. Thus, where all people who identify as transgender or transsexual experience problems with their gender identity, only a small portion of intersex people experience these problems.

It’s also important to understand the differences between these two groups because in spite of some similarities they face many different struggles, including different forms of discrimination. The differences between transgender and transsexual and intersex have been understood by lawmakers in countries such as Australia where lawmakers have publicly acknowledged that people with intersex conditio 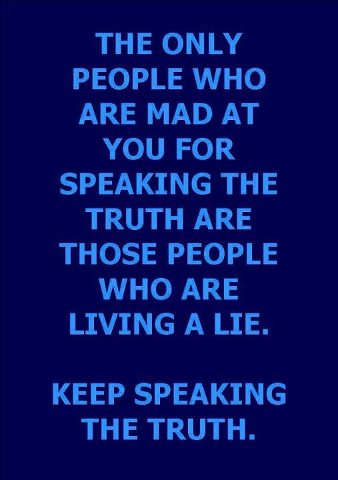 ns have distinct needs from people who identify as transgender or transsexual.”

The cases of gender dysphoria being addressed in the “bathrooms war” have nothing to do, with the intersexual condition. The decision by Target and other companies and President Obama’s order that school students be allowed to use whatever bathroom they “feel the identify with” falls prey to the very confusion the ISNA discusses. The issue here is gender dysphoria, not intersex genetic karyrotypes, and the two must not be confused.

I am grateful that for the most part Mr. Hoffman avoided insults, although not completely. Where, for example, in my argument did I at any time claim that transgender Catholics cannot have great contributions to make and cannot have positive influences on others? That was purely an injection on his part. His suggestion that the Church and her priests “embrace the Imago Dei in all its splendid biological variation and to bless the gender-variant Christian” is a misuse of the concept. Embracing the Imago Dei (image of God) means to accept that the Lord is trying to restore to us the holiness of the His image in which we were created but which was damaged by Original Sin. Thus to ignore the perfect image God intended the transgender person to have and merely allow them to embrace the fallen image as if it is okay in itself is to deny them the call to holiness and is therefore an injustice. This must not be misconstrued as judgment of them nor of rejection of their intrinsic human value. We embrace every person as they are, but at the same time we challenge them to strive to live the perfect image of what God created them to be. When speaking of gender dysphoria, I assert it is certainly more difficult but far better to help the person identify with the gender they in fact are rather than encouraging them to pretend to be the gender they are not. In the long run, this is the only truly compassionate solution.