For the past several years a group known as Dakhma of Angra Mainyu has been offering satanic rituals in various venues. Several attempts to hold them at college campuses resulted in angry protests which caused the services to be canceled. In Oklahoma City, however, they have had success. The powers that be there have determined that satanic worship is protected by the First Amendment, thus they permit the service, and will be holding another one this Monday, August 15th, the same day as the Catholic Church celebrates the

Solemnity of the Assumption of the Blessed Virgin Mary.

I know many people who don’t like satanic worship will nonetheless believe it is defended by the First Amendment and will criticize any attempt to stop it. Whi
le that certainly seems reasonable, I do not agree.

I believe we can make a strong argument that the Freedom of Religion established by the First Amendment was intended to protect the rights of those looking to worship God as they understand him and not Satan. Absolute tolerance is never possible; there are always inherent limits to any freedom, and none of our freedoms is absolutely unrestrictable. For example, Freedom of Speech does not protect the right to libel or slander, nor does it protect the right to yell “fire!” in a crowded theater. Similarly, any religion that seeks to worship not God but Satan and advocates obscenity (check out the Dakhma of Angra Mainyu website – it will shock and disgust you) does not, I believe, enjoy the protection of the First Amendment. Similarly, the so-called “Separation of Church and State” that so many people invoke to prohibit prayer in public places and to prevent religious organizations from using public facilities cuts both ways. This satanic worship does not merely worship Satan. Rather, it blatantly mocks Catholicism. Consider this:

During their service o 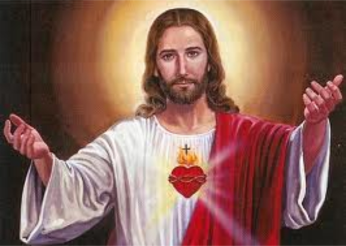 n August 15th, they will hold what they are calling the “Consumption” of the Blessed Virgin Mary. They will decapitate a statue of the Blessed Mother, remove a previously-placed pig heart from it, and eat it. This, they claim, symbolizes the Blessed Mother being cast into hell! Of course, it coincides with our feast of the Assumption of Mary. The timing of this insult for the same day and using a parody of the name of our feast is no accident. Neither was it an accident when the last one mocking Mary was held on Christmas Eve. This is not freedom of worship but hate speech. If public facilities cannot be used to support religion, then neither should they be used to mock it.

In solidarity with Archbishop Coakley of Oklahoma City and his request for all people of good will to join in a day of prayer and fasting in reparation for this horror, here at St. Ann’s we will hold Adoration of the Blessed Sacrament from 9:00 AM until 8:00 PM in the chapel. A Holy Hour with recitation of the rosary will be held at 7:00 PM.

I urge all people of good will of whatever religion or of none whatsoever to join in solidarity with Catholics whose beliefs are being mocked and desecrated. An attack on one religion is an attack on all!

President Obama’s attempt to wield his pen like a hammer and crush our First Amendment Freedom of Religion should be a wake-up call for all Americans. This November more than ever in our history, the First Amendment of the United States’ Constitution is being put to the test. We as Catholics have never voted as a solid bloc, but I feel this year we must. While there are many issues of concern that face our nation, the decision by Obama and others in Washington to ignore the First Amendment Freedom of Religion clause and force us to provide contraception coverage in our Catholic institutions should lead every American to shudder! If the Obama Administration is allowed to squash the First Amendment, which Right is next to fall? (Actually, Obama has already attempted to squash Freedom of Speech by advocating “no protest zones” any time he or the Secret Service should deem that protesters are “threatening” – without defining what constitutes “threatening”.) Today, Cardinal Dolan announced a series of lawsuits against the Obama administration’s attempt to violate our TRULY constitutional right of Freedom from government intereference in our beliefs. We MUST put the preservation of the Constitution above any other concern. Please view the attached video and vote this November for the Constitution.